Can You Deviate from the New Illinois Child Support Law?

In addition to, How Does the New Child Support Law Affect Business Owners?

The guidelines (formula) will apply in most cases, but courts will be allowed to deviate from the guidelines when a party’s income is very low or very high.  This article reviews how the new Illinois child support law addresses unusually low income and unusually high in determining child support obligations.

First, in dealing with people with low income due to unemployment or under-employment, the statute allows the court to set support based upon a party’s potential income.  The court will consider employment, potential and probable earnings based on the obligor’s work history, job qualifications, potential job opportunities and other things like the ownership of substantial non-income producing assets.  The court will also consider the earning levels in the community.

If a party has a lack of work history, which may be the result age or a decision to be a stay-at-home parent for example, the court can use a rebuttable presumption that the party’s potential income is “75% of the most recent United States Department of Health and Human Services federal poverty guidelines for a family of one person.”  This presumption will apply in the absence of other evidence, but it may be rebutted by evidence introduced by the parties. Initially, the presumed amount of potential income will be $8,910 (75% of $11,880).

The new Illinois child support law also creates a rebuttal presumption that the minimum child support obligation should be $40 per month, per child. The minimum amount will apply to a parent who has actual or imputed income equal to or less than 75% of the most recent United States Department of Health and Human Services federal poverty guidelines for a family of one person. Further, the new law establishes the maximum child support amount for such a parent at $120 per month to be divided equally among all of the payor parent’s children.

The new Illinois child support law also addresses the opposite end of the spectrum. For those parents with income that exceeds the highest income levels in the guidelines, the court is allowed to use its own discretion to determine child support. The new law clarifies, however, that the support amount should not be less than it would be based upon the highest amount of income as set forth in the table.  The tables (guidelines) have not yet been published as of the writing of this blog. Therefore, we cannot specifically say what that income level is.

The idea of deviating from the guidelines is nothing new. Courts applying the current law often deviate when a party’s income is extraordinarily high. A judge will deviate from the guidelines if the judge determines that the support amount based on the guidelines would result in a windfall to the other parent, exceeds the support needs of the child or would result in a support amount that exceeds the equivalent amount of support actually provided for the child when the parties lived together.

The new Illinois child support law allows the court to deviate from the statutorily determined guidelines in situations other than unusually low income or unusually high income.  Those situations include extraordinary medical expenditures for the child or parents, additional expenses due to the special needs of the child and any other factor that might make the strict application of the guidelines unfair or improper.

This is not to say that a judge will make that determine in such a case, but a judge has the authority to deviate when the circumstances call for it.

Without a doubt, the way in child support will be calculated when the new Illinois law on child support takes effect July 1, 2017, will be a dramatic shift.  Some old concepts will be retained, like the ability to deviate from the guidelines, the guidelines themselves and the nuances of deviation will be very different.

With these changes in the law, having good legal representation will be more critical than ever.  Many attorneys, especially attorneys who only occasionally practice family law, will likely struggle with the implementation of the new child support rules. This will especially be true when either party’s income doesn’t fit within the income guidelines or there are unusual circumstances that might warrant deviating from the new guidelines. 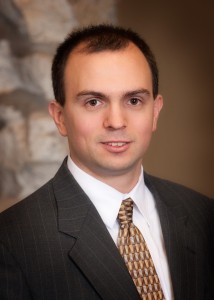 How Will the New Illinois Child Support Rules Affect You?
November 9, 2016