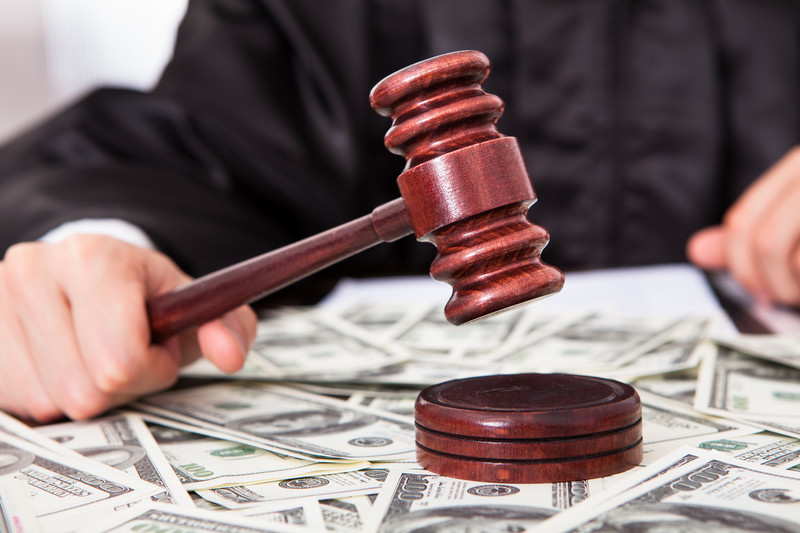 One of the first things that happen in divorces in which there is a disparity in income between the spouses is that the spouse with less income (or no income) files a petition for temporary support. The new revisions to the Illinois Marriage and Dissolution of Marriage Act (“IMDMA”) effective January 1, 2016, will drastically change the procedural steps for obtaining temporary support. The changes to Illinois divorce law on temporary support were made with the intention of streamlining and unifying the process throughout the State, reducing litigation costs and ensuring more accurate information is provided when temporary support is determined.

Temporary support is addressed in Section 501 of the IMDMA and covers things such as child support, spousal support and other issues related to the temporary needs of the spouses going through a divorce. Temporary means while the case is pending and before a more permanent arrangement can be established.

The need to establish temporary support while the divorce is pending arises in the following scenarios: 1)  the primary wage earner (usually husband) cuts off the other spouse’s access to the money, and the dependent spouse who may also be caring for the minor children needs help to support them and pay household expenses; or 2) the parties attempt to come to some agreement on the allocation of funds, who will pay which bills and whether one spouse needs support from the other spouse, and they are unable to agree whether support is needed, the proper amount of support, who should be responsible for what bills and so on.

There are almost an infinite variety of nuances to these themes which require the court’s involvement to establish support on a temporary basis until a more permanent arrangement can be determined as part of the final divorce decree. Currently, the temporary support determined often sets the stage for the ultimate decree, though the court does not have all of the facts that it will have after discovery is completed.

The process to establish temporary support under current law begins by filing a petition for temporary relief (for child support, maintenance and other relief).  Attached to the petition should be an affidavit of income and expenses for the petitioning party.

Each county has a unique form for the affidavit of income and expenses.  These are generally a short disclosure statement intended to provide the Court with a snapshot view of the party’s financial situation.  Many local court rules require the exchange of documentation to support the affidavit of income and expenses, including tax returns, pay stubs, and records to support the claimed expenses, such as bills, statements and invoices.

After the petition and affidavit are filed, and time for a response is allowed, the court will conduct an evidentiary hearing to determine each party’s temporary support rights and obligations unless the two parties come to an agreement. The court’s determination or the parties’ agreement will be reduced to a “temporary support order” that will govern the parties until the temporary support arrangement is amended by another temporary order or the ultimate divorce decree.

If an evidentiary hearing is required, the hearing might be as short as 15-20 minutes or as long as several hours, depending on the complexity of the unique facts and ability or inability of the parties to agree on some things. It may even drag on over more than one court appearance. The hearing will covers things such as what expenses need to be paid, the parties’ respective incomes, each party’s parenting time with the children and what assets are available to help meet expenses.

Under the new version of the IMDMA, while the substance of the law generally stays the same, the process will drastically change.

First, instead of each county having its own unique form affidavit for income and expenses, the IMDMA creates a uniform affidavit to be used throughout the state. That means that spouses in Cook County will use the same form as spouses in Morgan County.  As of the time of the writing this blog, the uniform financial affidavit form has not been finalized or made public.

The new provisions will also require the exchange of documentation to support the uniform financial affidavit. Supporting documentation would include tax returns, pay stubs, bank statements and similar things. Under the current law, the exchange of documents often lagged behind the need for temporary support because documents had to be requested by each party in discovery (depending on the local court rules). The lag time is eliminated in the new law by the affirmative obligation to support the affidavits with documentation.

The new law provides an opportunity to challenge any perceived disparity between the uniform financial affidavit and supporting documentation by filing a motion requesting a hearing to resolve differences.   If a court finds that one spouse “intentionally or recklessly” completed the uniform financial affidavit with false or misleading information, the court can impose significant sanctions, including the payment of the other party’s attorney fees and costs.

Another significant change is that hearings establishing temporary support will be considered non-evidentiary and summary in nature.  That means that the hearings will be relatively quick and decided by the judge with minimal argument from the attorneys.  The judge will review the respective uniform financial affidavits from the parties and other documentary evidence presented to it, consider the parenting time each party has with the children, and then make a ruling as to temporary support quickly and efficiently (in theory).

Under the new law, one can still request an evidentiary hearing upon a showing of “good cause”.  It remains to be seen whether this exception will swallow the rule, as attorneys or parties may still feel that temporary support is likely to predetermine permanent support. The additional threat of sanctions for intentionally or recklessly providing a false or misleading affidavit adds a new twist, however, and may tend to minimize that concern.

One final change under Section 501 is the ability of a spouse to seek exclusive possession of the marital residence while the divorce is pending.  The language allowing this relief has not changed drastically changed, but the provision has been moved from Section 701 to Section 501 (so that it will be handled in the same way as temporary support).

As with most changes to the IMDMA, we will need to wait to see how the new section 501 is implemented and applied.  It is effective beginning January 1, 2016. I do not foresee drastic changes in the way temporary support issues are handled. Most of these interim matters are resolved by agreement, with or without the involvement of the judge, without the need for a formal hearing. The issues to be resolved are basic, and the substance of the law does not significantly vary.  An experienced attorney will often be able to estimate how these issues will be resolved based on prior dealings with these issues, though there may be different tendencies from judge to judge in regard to how these issues are typically addressed.

One of the biggest problems with getting to an appropriate determination is the availability of information and the accuracy of the information that is provided. The establishment of the uniform financial affidavit, the requirement of support documentation and the threat of sanctions for misleading or false information that is intentional or recklessly provided should help reduce that problem. That means that greater care must be taken in providing the information, but the benefit should more efficient and timely determination and reduced litigation costs.

This article is one of a series of articles explaining the changes to Illinois divorce law that will be effective in January of 2016. You can read the previous articles at the Drendel & Jansons Family Law Blog and check back for future articles on changes to the IMDMA.