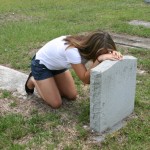 A good parent’s worst nightmare might be dying and leaving the children to an absent, neglectful or even abusive parent. The saying goes, “You can lead a horse to water, but you cannot make it drink”.  The same can be said of some parents.  The biology of becoming a parent is easy, but biology does not make a good parent. Biology, however, does lead to parental rights that are recognized as fundamental. What happens, then, when a good parent dies leaving the children to a bad parent?

For one thing, if the parents are married at the time of the good parent’s death, there is not much that can be done if steps have not already been taken to address the problem. Taking steps to protect your children before your potential demise, therefore, is crucial. If the bad parent has left the household and is absent from the children’s lives, it may be a different story. The same is true if the parents are divorced and the bad parent is not involved in the children’s lives.

One parent cannot petition a court to terminate another parent’s rights in a private legal action, except in the case of an adoption (for instance, by a new spouse). Even then, parental rights will not be terminated without sufficient cause, and cause must be more than a difference of opinion, different parenting styles or even some bad parenting that does not go as far as harming or endangering the children. Even when the State seeks to terminate parental rights for abuse or neglect, parents are given every opportunity to redeem themselves before those rights will be terminated.

That is not to say, however, that the good parent is without recourse. During life, if the bad parent has court ordered visitation, the good parent can ask to have that visitation modified to reduce the amount of visitation or to require supervised if there is sufficient cause.  A parent with joint custody can also seek to change joint custody to sole custody for sufficient cause as well. A parent can petition for the court’s help to resolve any problems that occur in a shared parenting or visitation arrangement. Taking these steps during life to confront bad parenting is important because the record that is established during life may have some impact on the surviving (bad) parent’s rights to custody after the good parent dies.

Apart from the record of parenting established during life, a good parent can express a preference for care of the children after death. While Illinois recognizes the parental rights of biological parents, it is not an automatic that an absent parent, or one who has demonstrated neglectful, abusive or bad parenting behavior, will receive custody of the child after death of the custodial parent. A good parent can name a guardian in a Will that may be considered by a court after death, even when there is a surviving natural parent.

There must be more, however. A third party (like a grandparent, other family or close family friend) must have “standing” to obtain guardianship and custody of another person’s biological child. Standing can be established by a close, intimate relationship and “possession”. Possession means physically having the children in your care in your home for some period of time.

Having a good support system in place is key. Having grandparents, other family members or close personal friends who are intimately involved in the children’s lives and who are able and willing to step in and take over a parental role immediately after death is vital. The importance of immediate action cannot be stressed enough in this situation. Once a third party (like grandparents) have “possession” of the children, they have their foot in the door. A standby guardianship can be established. The longer that possession continues before any formal action is taken to establish permanent guardianship/custody, the more likely “standing” can be established that will allow a third party, like close family or friends who have a good relationship with the children, to obtain guardianship, even if there is a surviving parent.

If that person having “possession” of the children is the person named in the Will as the preferred guardian, the custodial parent’s preference for guardianship will be considered.  While the absent or bad parent is entitled to notification of any proceedings, the absent/bad may or may not actually contest the matter.  A person named as guardian in a Will, and more importantly, a person who has actual “possession” of a child will have “standing” to petition a court to seek a guardianship or custody. When a non-parent has standing, as in these circumstances, the court will make its determination based on the best interests of the child, and the lack of involvement or history of bad parenting by the biological parent and other factors that will be considered by the court in making that determination.

The reality that even bad parents have rights that are protected may not be what a good parent wants to hear. Our laws that protect many freedoms and rights protect one parent from the unilateral whims of the other parent in our society. That is generally a good thing, but there is recourse for a good parent to address a bad parent, and, with a bit of planning and understanding, a good parent can tip the children’s future in favor of their best interests.

If you are in a situation in which the other parent of your children is largely absent from your children’s lives by his/her own doing, neglectful or abusive or is making choices and living a lifestyle that is not in your children’s best interests, it is important to seek the advice of an attorney who is well versed in these issues to assist you in planning for the present and the future.

You can deal with the immediate issues through your attorney and in court. You can plan for the possibility of your own passing with good estate planning documents in which you name the guardian(s) for your children, by understanding the significance of third party standing in the event of your death while your children are still minors and discussing these things with the people you would name as guardians of the children. Planning now will make it more likely that your choice of guardian will be honored, particularly if the other parent has not maintained contact or established a solid relationship with the children or has demonstrated a history of bad parenting. 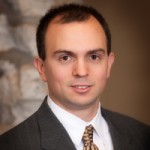