What Are Grounds for a Divorce 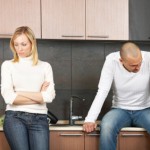 Q&A forums on legal issues, and especially divorce and family law questions, are popular on the Internet.   One question seems to be asked more than most: what are grounds for a divorce.  The issue of grounds is fundamental, but many people have the wrong idea of the significance of grounds in the divorce process. Many people believe that the cause of the breakdown of the marriage may somehow benefit them in a divorce.

The law requires a reason for a divorce.  We call that “grounds”. Illinois law provides eleven grounds for divorce with various requirements, including impotence, adultery, mental cruelty, irreconcible differences and felony conviction.  Although grounds must be established to justify a divorce, the reason for the divorce usually has very little impact, if any, in the ultimate outcome of the divorce.

Illinois is a “no-fault divorce” state. For that reason, the fault for the divorce (if fault applies to only one spouse) will most not affect the distribution of property, spousal maintenance, and child custody and support determinations.  As with most things, there can be exceptions, such as dissipation related to an adulterous affair, but most of the time grounds have no effect on outsome of the divorce.  While I have not seen any statistics to back this statement up, my experience suggests that the vast majority of divorces in Illinois are granted on the basis of “irreconcilable differences”, no matter what were the actual causes of the divorce. Irreconcilable differences is the no-fault catch all grounds. For all prectical purposes, a divorce can be granted if only one spouse alleges irreconcilable differences. It ultimately does not matter if the other spouse disagrees.

In talking with clients and reading some forums, I find three are basic reasons divorce clients want to focus on grounds.  Some people want to punish the other spouse for the breakdown of the marriage by making allegations against them in a public record (adultery is commonly the grounds for these situations).  On the other end of the spectrum some people do not want to allege anything but irreconcible differences in the divorce. They may feel bad about the divorce and not want to drag the other spouse through the mud. Maybe they are embarrassed to “air the dirty laundry”; or maybe they are concerned about bad publicity for their children and families.

A third reason people want to focus on grounds is to find the quickest way to a divorce. The grounds of irreconcilable differences require a two-year separation period. Ostensibly, the purpose of this statutory requirement is to provide some assurance that the parties have really tried to reconcile and “make it work” before filing for divorce. Both parties can waive the two-year period if they sign an affidavit stating under oath that they have lived separate and apart from each other for a continuous period in excess of six (6) months before the date of the affidavit. Still, some people do not want to wait the six months.

The grounds of mental cruelty is often included by many attorneys in a petition for dissolution of marriage as a matter of routine to avoid the two year wait required to establish irreconcilable differences (six month wait with an affidavit). With mental cruelty (as for other grounds), no waiting period is required.  Mental cruelty is also somewhat a nebullous concept that is open to subjective interpretation and application.

Grounds are recited simply as a matter of form and are often not contested by the other spouse, either because both spouses want the divorce or the “writing is on the wall”. It takes two people to keep a marriage in tack. If either spouse wants a divorce, the end result cannot be stopped. At best it can be delayed. For that reason, judges usually not deny a divorce on the basis of grounds if either spouse is insistant on getting a divorce.

The grounds for a divorce, while necessary to establish, usually has little impact on the divorce process. Grounds for a divorce do not give either spouse an advantage. Fault is not a deciding factor for any issue in most divorce cases.  Grounds do not affect who gets custody, whether spousal support is to be granted or how much much property (or debt) each spouse will take away from the divorce. In a no-fault divorce state, the grounds of adultery, abuse, alcoholism and other factors that lead a person to file for divorce only establish the “right” to get divorced but do not influence the other decisions at all. With the grounds of irreconcilable differences, literally any one can get a divorce for any reason or no reason at all (in all practicality) as long as the waiting periods are met.

(As a side note, there is a push in Illinois to do away with grounds altogether. So far that push has not gained a enough to momentum to pass through the Legislature, but it may only be a matter of time. For more information, see the September article on the subject in the Illinois Law Journal.)