Get Help to Stop Domestic Violence

Violence is a problem in our society in spite of many years of concerted efforts to stop it. Most of the violence committed in our communities goes unseen. It happens in the home between members of the same family.

Child abuse and spousal abuse in the home occur more frequently than the average person knows. Victims often remain silent because of shame, fear of retaliation or uncertainty what the future will bring.

Domestic violence is insidious because violence often begets violence. If a child grows up in a violent home where child abuse or spousal abuse occurs, that child is more likely to become abusive as an adult than children who grow up in homes without abuse. The abused often become abusers. Stopping the cycle is critically important.

The good news is that there is support and help for the victims of violence in the home. Women’s shelters and other organizations have grown up over the years to provide that support. Local police are also able to help; however, they are often reluctant or unable to make critical determinations when it comes to “he said/she said.” When an Order of Protection is obtained, it becomes a different story.

Once an Order of Protection (OOP) is obtained, the police will enforce the OOP when it is violated. If the police are made aware of the OOP and find the offender at the home or place of work, the offender can be arrested on the spot. If the offender makes contact by any means, the OOP can be enforced.

Orders of protection can be obtained through a private attorney or through the State’s Attorney’s Office. Orders of protection are often handled by a private attorney, and the OOP is sought at the beginning or during the process of a divorce or legal separation. Private attorneys cost money, of course. An alternative is to go to the State’s Attorney’s Office (SAO). The SAO has full time staff devoted to help people obtain OOP’s, and there is no charge for this service.

In most situations, notice must be given to the other party before initiating anything in court, but an Order of Protection (OOP) can be obtained on an emergency basis under the right circumstances. If the nature, frequency, severity, pattern or consequences of the abuse is such that harm is likely to occur if notice is given, an OOP can be sought and obtained without giving prior notice.

In these cases, notice is given after the fact, and the offender will have a chance to address the allegations. It can be a daunting thought to stand opposite the person who has been abusive and testify against him or her, but it is done at the courthouse, with the protection of armed security, and the case is handled by a private attorney or assistant state’s attorney who will advocate for the victim.

Although it may be difficult, when an abuser will not seek help, get counseling and end the cycle of violence on his or her own, the victim must take some action to end the cycle. The first step is the most difficult, but there is help. Community programs, non-profit organizations, private attorneys, the State’s Attorney’s office, the court system itself and the local police are all able to help once a person determines to do something to stop the violence in the home. See below for resources to get help if you are a victim of domestic violence. 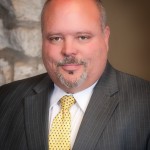 The Problem of Domestic Violence
October 1, 2014