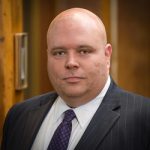 Mark D. Brent will be speaking at a National Business Institute seminar for attorneys and paralegals in Naperville on June 23, 2016. The seminar, titled, Family law from A to Z, is aimed at helping attorneys guide their clients through the emotionally choppy waters of divorce with knowledge, insight and compassion where skill,  sensitivity and knowledge are key. The seminar will also explore updates in the law and help legal professional deal with problem solving issues in the divorce process.

Mark Brent continues the Firm’s involvement in educating the legal community and the wider community as well. He has written a book for laypeople titled Divorce Proceedings in Illinois: What You Need to Know, and Mark Brent also has published material for attorneys in the area of family law. He has been practicing law for 25 years and focuses his practice in the area of family law, which includes representing people in divorce.

Larry Lobb Presents to Family Law Attorneys on Bankruptcy
May 23, 2016

Recognition of Mark Brent for His Dedicated Service
March 19, 2015