Parenting Through a Divorce 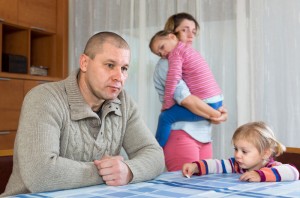 The article did not go into much detail regarding the subjects they used for the study. Assuming that the study was well done and the conclusions are sound (which may be a stretch), I wonder if the results would be different if the children’s parents were never married?  Does it matter whether the parents maintain a cordial, amicable or friendly relationship with each other compared to parents who have a very tense and acrimonious relationship?  I wonder what the habits of the families were prior to the family “breakdowns” regarding the same consumption of sugary substances. 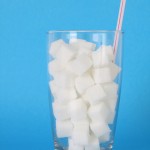 I am also not a fan of trying to lump people into categories and consigning children to futures defined by them.  As a child of divorced parents, myself, I do not recognize any increased consumption of sugary drinks in my own life in comparison to my peers that is causally related to the breakdown of my parents’ marriage.

On the other hand, I admit my mother’s Pepsi habit (2 or 3 bottles of Pepsi a day) probably impacted my taste for and consumption of sugary soft drinks as a child.  Was it the divorce that is to blame for my sister’s fear of abandonment and lifelong relational problems that she attributes to it; or are those things more likely related to the long periods of time that my father would go without calling us or contacting us after my parents were divorced? Children are impacted by what they observe in their parents.

I see many examples in my law practice, such as the teenage daughter who became mouthy and disrespectful to her father.  Was her attitude a product of the divorce?  Or should we blame her mother for demonstrating disrespect and bad mouthing her father?  Perhaps, it was the result of her father yelling at the children constantly, using obscenities repeatedly in speaking with them and attempting to manipulate them with anger.

There are likely many factors that affect the children of divorcing parents, but I do not believe that the divorce, itself, is the primary factor. The divorce is symptomatic of something else. The divorce is symptomatic of a breakdown in the relationship between the parents, and that breakdown can spill over to the children. The behaviors of children of divorced or divorcing parents are much more likely related to the behaviors exhibited by their parents than they are by the divorce itself.

To be fair, when a marriage has broken down to the point where it is no longer salvageable, the divorcing parents (and their children!) are going through one of the worst times of their lives.  I have observed that many people going through divorce act in ways or exhibit behaviors that they would not typically exhibit at other less emotional times of their lives. Parents resort to behaviors during a divorce that they might not otherwise indulge in (swearing, yelling, spying behaviors, manipulating behaviors or, to the extreme, violent behaviors), and the children are usually witness to it. A divorce is the culmination of the breakdown of a marriage. The divorce brings it all to a head and, in so doing, the divorce often exasperates the tensions that led to the divorce in the first place.

Even if there is some truth evident in the results described by the article on sugary drinks, I would not want parents reading the article to think that the only potentially harmful effect of their behaviors while going through a divorce is that their children will consume more sugary drinks. If the consumption of too many sugary drinks is one potential outcome of divorce it is not nearly as damaging as children being exposed to angry, manipulative or even violent outbursts of their parents.

Regardless of the health of your marital relationship, your children are a reflection of you, both good and bad.  Parenting through a divorce is, perhaps, the most critical parenting you will do. A divorce provides a convenient opportunity for blame for the negative traits your children might exhibit; blaming the other parent might even be a more tempting option. Do not allow yourself to do that! 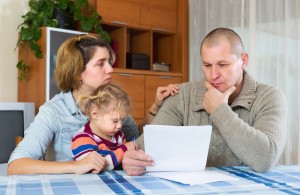 I have seen many parents go through a divorce while managing to continue co-parenting their children in friendly, amicable and even occasionally loving ways towards each other.  I have also seen parents who could not speak to each other, could not be in the same room with each other and could not even converse with the children about the other parent in anything other than a negative and derogatory way. The difference in parenting is vital to the well-being of your children, and the difference is up to you. Even if you are the only parent taking the high road, your children will be better for it.

I suspect that the statistics on the children of parents who parent in those two different types of ways would be very telling.  For lack of a better cliche, “the moral of the story” is this: you as parents are responsible for teaching your children how adults treat each other people, including friends, acquaintances, co-workers and even enemies.  You teach them by your own actions. If your child is exhibiting behaviors that you do not like, before placing the blame on your divorce (or the other parent), I would suggest examining your own actions and reactions to others around you.  If all of the parents going through divorce would keep this advice in mind, I suspect that the children of divorced parents of the future will not vary from children of married parents to any statistical significance.