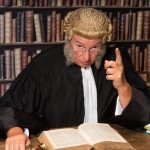 Roughly half of all marriages end in divorce. If divorce seems like a real possibility for your marriage, for whatever reason, do some research and ready yourself by learning what to expect. Find an attorney who is experienced and is a “good fit” for you. In the meantime, here are ten quick tips about divorce in no specific order.