You are here:
BlogDivorceFamily LawProperty Issues 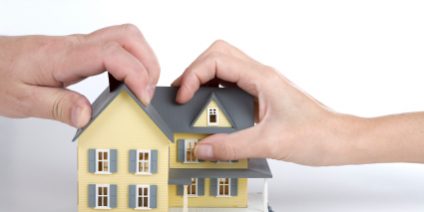 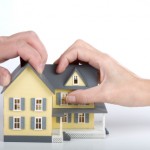 Marriage is the joining of two people together into one family unit, and that includes their property.  Many married people consider their property in the following terms: what is yours is ours, what is mine is ours and what is ours is ours.  No distinction between “marital property” and “non-marital property” is made: they view it all as theirs, jointly. There are exceptions, particularly when one or both of the spouses have been married previously, but most people go into marriage hopeful and do not spend much time thinking about the distinctions between hers, mine and ours.

Things change when the D word is complicated. One or both disgruntled spouses may claim what is what is mine is mine, what is yours is mine, and what is ours is mine as well. The tension is obvious. The baby must be split, and the difference between “marital” and “non-marital” property takes center stage.  After a divorce proceeding starts, it is usually too late to make any changes that might protect property that have legitimately been considered non-marital property if only the divorce was anticipated earlier.

The Illinois Marriage & Dissolution of Marriage Act (IMDMA) sets the parameters for determining whether property is marital or non-marital. All “marital property” gets divided between the spouses, but “non-marital property” does not get divided. Therefore, the distinction between marital and non-marital property can have a very significant impact on both parties in a divorce. Understanding the difference will help a person contemplating or facing a divorce anticipate the issues to be addressed in the divorce and, ultimately, how single life after the divorced may look.

Many people believe that property titled in their own names is their own property, but that is not necessarily true! Any property acquired during marriage by the efforts of either spouse is considered to be marital property, regardless of the name in which that property is titled. In other circumstances, how property is acquired and titled can make all the difference in the world.

There are many good reasons to transfer assets between spouses. They might include estate tax planning, or even simple estate planning, refinancing, to obtain a homestead exemption, asset protection and liability avoidance (if one spouse has credit issues or is exposed to potential liabilities), convenience and other reasons. Commingling or combining marital and non-marital property may have unintended consequences down the road if the marriage breaks down, however.

If divorce is a distinct possibility in the future, there are things that can be done to protect non-marital property. The main principle is to keep it separate, in your name alone.  Do not put your paycheck earned during the marriage into your non-marital bank account.  If you own real estate, do not put your spouse on the title.  If you want the classic car you purchased with your grandfather’s inheritance to remain yours, do not pay for restoration work out of a joint account or put your spouse on title.  In short, keep it separated and keep good records.

If you are taking actions that might change the character of marital and non-marital property, document your intention to overcome the presumption that any transfer or property is a gift. For example, if you take part of your inheritance fund to help your spouse’s business, do a simple promissory note to demonstrate your intent that is a loan, and not a gift.

If you are not yet married, you may want spend some time talking with your spouse to be about your intentions and his or her intentions in regard to non-marital and marital property and reach some mutual understanding. You may want to consider a well written pre-nuptial agreement to eliminate any future arguments over property.  This is especially advised in second marriage situations, when there are substantial assets acquired prior to marriage and/or when there are children from a previous relationship going into marriage. While a pre-nuptial agreement is not entirely fool-proof, it will put you in a better position protect your non-marital property.

Most people going into marriage do not consider the difference between marital and non-marital property. It is not usually an issue if the marriage lasts “until death do you part”. Approximately half of all marriages end in divorce, however, making the distinctions important for roughly half the population.

The handling and characterization of property for estate planning and estate administration purposes can sometimes be at odds with the distinctions of property in marriage and divorce. These are complex issues and guidance from a knowledgeable and experienced attorney is strongly advised when doing estate planning for spouses, but that is another topic.

Click HERE for more information on Family Law issues or  HERE to inquire about Estate Planning.