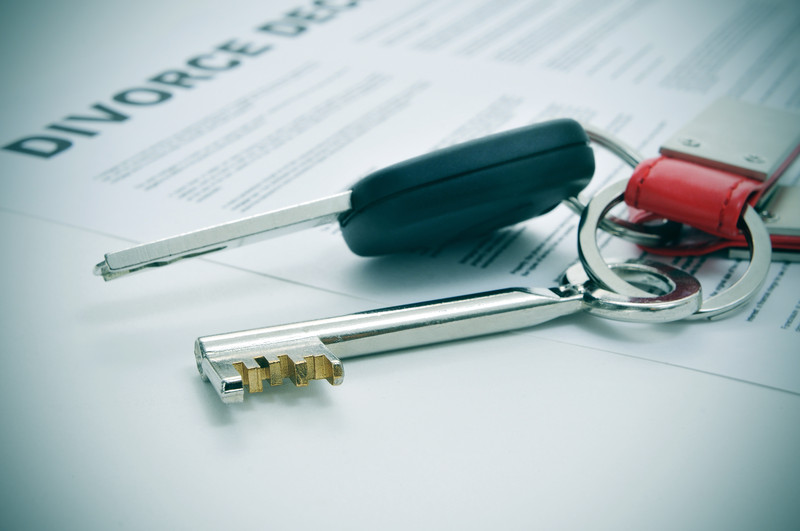 When people get married with positive hopes and expectations of building their lives together, they don’t dwell on the possibility of divorce. People may not think about the ownership of property is acquired during a marriage when times are good.  Married couples often own most of their property together in joint-tenancy, but spouses sometimes have bank accounts and vehicles in their own names. How is property handled in a divorce?

A second typical way that property is classified as non-marital is property that is inherited.  Thus, if Jeff inherits $100,000 from his father and buys a car with that money, the car is considered non-marital property.  The car was purchased not with money earned during the marriage; therefore, the car is not a product of the marriage.

Any property that is placed in title to both spouses and/or commingled with marital property is presumed to be a gift from the non-marital estate to the marital estate. For instance, if Barbara refinances her condo after the marriage and, in order to get Jeff on the mortgage to gain a better interest rate, Barbara prepares and signs a Quit Claim Deed transferring title to Barbara and Jeff as joint-tenants, the condo will thereafter be presumed to be marital property.

The presumption will control when there is no evidence of what was intended at the time of the transfer.  Although Jeff may argue that the $100,000 he inherited from his father should be considered non-marital property, if there was no indication of intent at the time of the transfer, the presumption applies, and a court would consider it to be marital property.  The idea of the presumption comes from the fact that marriage is a joint venture and spouses, more often than not, intend to own property together as part of the marriage.

The presumption of a gift, however, can be overcome. Evidence of contrary intent at the time the transfer was made overcomes the presumption. For example, maybe Barbara owned a condo when she married Jeff, but the interest rate was high. Maybe she and Jeff, together, might qualify for a lower interest rate. Barbara might agree to transfer title of her condo to both Barbara and Jeff so that they could refinance at a lower interest rate. If Barbara communicates to Jeff that she is only transferring title so that they could qualify for a lower interest rate, and she wants to preserve the character of the condo as her non-marital property so that her children from a previous marriage can inherit the condo, that communication would overcome the presumption of a gift to the marital estate.